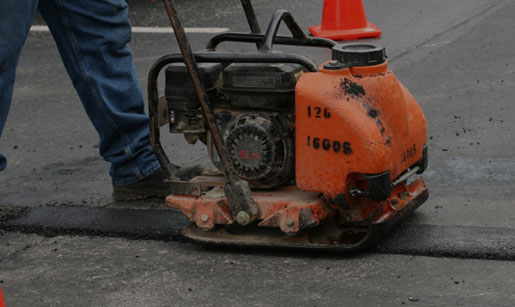 At the young age of 16, Julius worked for a small company trying to make money just to pay the bills. It did not take long until he realized he was not a large supporter of how his boss running the business. Being the ambitious man that he is today, he thought he could do a better job at managing a company. At that moment is when he decided he would start his own asphalt company. At the age of 18 Julius Howe Asphalt was founded. It was not an easy start-up, he was young, broke, and had never started a business before. He did whatever was necessary to get things running, even having his daughter help stripe parking lots at the age of four. The determination of Julius and the support of his family has helped bring the company to where it is today, 20 years later.

We are there for you through every step of your project.

Your satisfaction is our top priority.